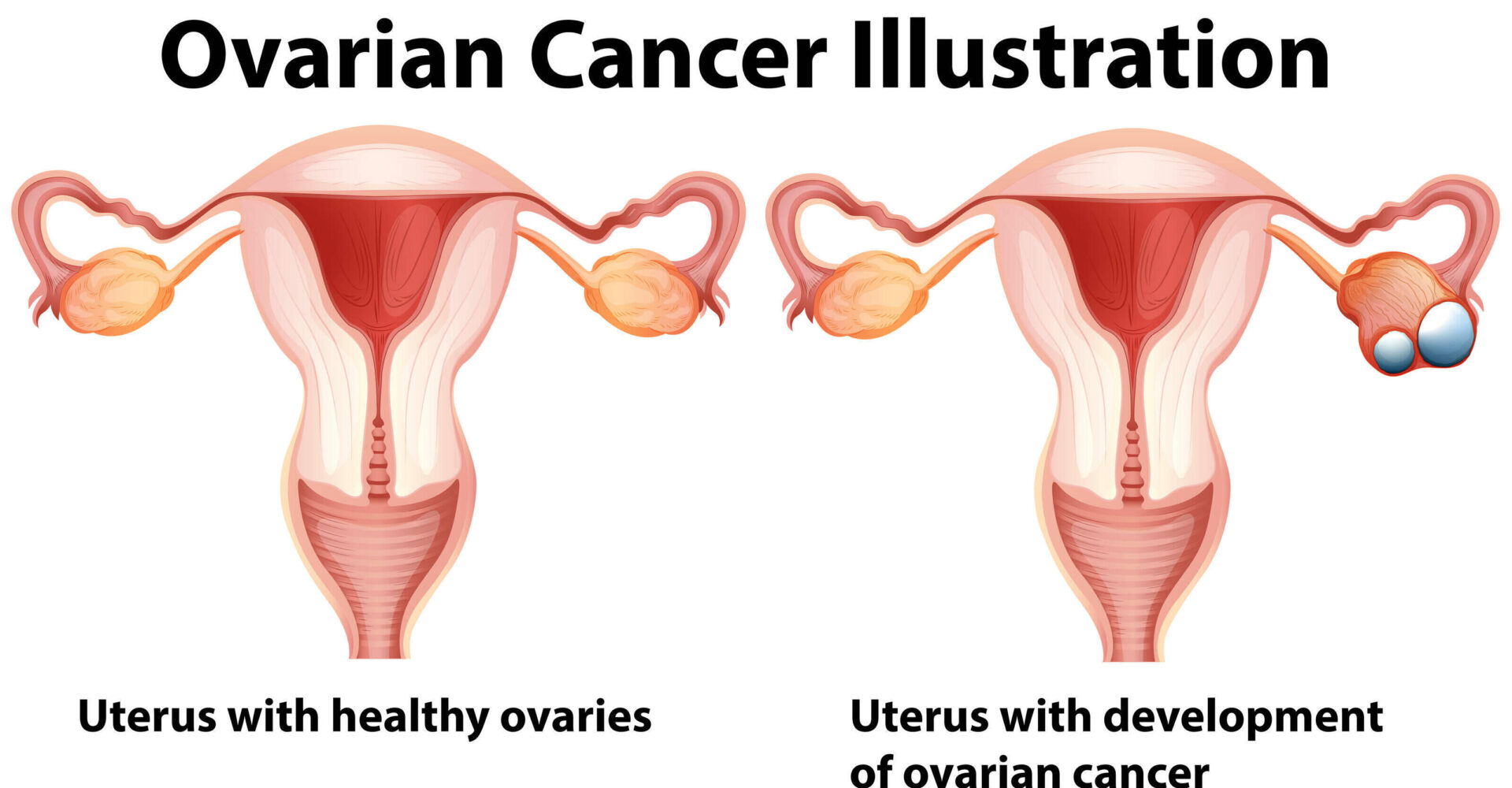 The female reproductive system is two reproductive glands called the ovaries, which are located on either side of the uterus, are about the size of an almond. Unless ovarian cancer has spread to the pelvis and abdomen and in its late stage, it is often not diagnosed. In addition, in these late stages, treatment is more difficult, while in the early stages, when the disease is limited to the ovaries, treatment is more likely to succeed. Treatment of this disease is usually surgery and chemotherapy.

What are the symptoms of ovarian cancer?

Ovarian cancer rarely causes symptoms in the early stages, and in the advanced stages, it can also cause minor and nonspecific symptoms, which can often be confused with more common and benign diseases. Most ovarian cancers involve the epithelium or the outer covering of the ovary. Symptoms of ovarian cancer may be similar to other conditions such as premenstrual syndrome (PMS), irritable bowel syndrome (IBS), or temporary bladder problems. However, the main difference between ovarianCancer and other disorders may be the persistence and worsening of symptoms.

Early signs of ovarian cancer may include the following:

– Pain in the pelvis, lower abdomen, or lower limbs

– Flatulence or swelling of the abdomen

– Frequent urination and urgency in urination

– Changes in bowel habits, such as constipation

As cancer progresses, the following symptoms may be seen:

Although the exact cause of this disease is not known, doctors have identified factors that can increase the risk of ovarian cancer. In general, cancer occurs when the cell’s DNA is mutated. Mutations cause cells to grow rapidly, creating a tumor of abnormal cells. Abnormal cells continue to live while healthy cells die and die. These cells can also invade surrounding tissues and spread to other areas of the body, called metastases.

The third part is the fingers that are most exposed to injury.