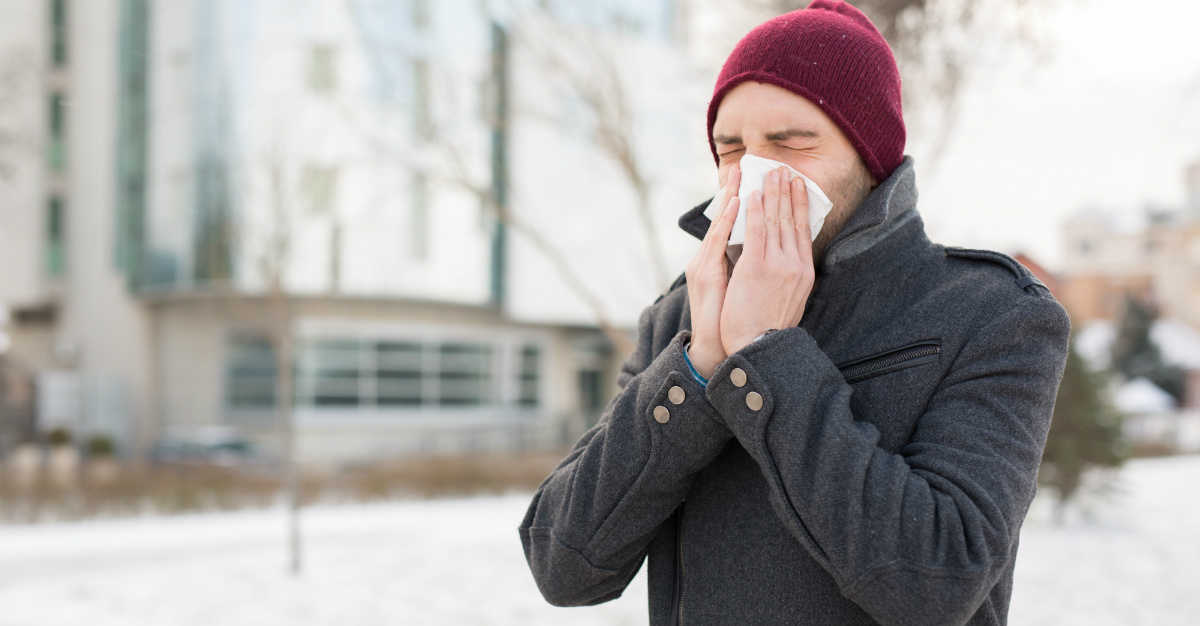 Despite flu specialists’ concerns that influenza may potentially make a catastrophic comeback after lying dormant for much of 2020 and 2021, this flu season has been mild once again. But do you want to know why flu cases are rising in some areas even though winter is over? Let`s find out

Quick Access hide
Flu infections
An increase in flu infections
What’s behind the latest increase?
People taking off their masks
H3N2
Just 16 percent
This flu season has been milder than previous pandemic seasons
The hospitalization rate
Death rate
It is impossible to foresee
The bottom line

This season, the flu has caused at least 3.5 million flu infections, 34,000 hospitalizations, and 2,000 deaths in the United States, a significant rise from last year’s record-low levels but a significantly lower impact than pre-pandemic flu seasons.  Despite the fact that we are nearing the conclusion of a moderate flu season, cases are still on the rise in various parts of the country, including the northeast, northwest, and some south-central regions.

An increase in flu infections

We don’t usually observe an increase in flu infection this late in the season. Flu activity has only peaked six times in the previous 38 seasons during the month of March, so it is rare, but not unprecedented, for flu activity to be elevated at this time. Despite the recent increase in instances, flu specialists predict that this year’s flu season will be over in a matter of weeks.

What’s behind the latest increase?

It’s unknown why the flu is becoming more prevalent thus late in the season. Some public health experts believe that the recent easing of mitigating measures, such as face masks, has contributed to the recent rise.

People taking off their masks

Most of us assumed that the last end-of-season smoldering, slightly increasing number of cases here and there was probably due to people taking off their masks, going out to group activities, going indoors to restaurants, worship services, concerts, and starting to go back in-person in business — all of these activities are still presenting some opportunities for this respiratory virus to spread.

Throughout the 2021-2022 flu season, the H3N2 strain was responsible for the majority of illnesses, which are often more severe in older persons. Normally, at this stage in the season, we observe an upsurge in a different influenza strain, but H3N2 has stayed dominant. Another difficulty is that H3N2 has changed and mutated since the flu vaccine was designed last summer, reducing the efficacy of this year’s flu vaccination.

According to a preliminary analysis released by the CDC in mid-March, the vaccine lowered a person’s chance of acquiring a moderate case of influenza by just 16 percent. This year, the shot provided virtually little protection, according to Schaffner, because it was off aim.

This flu season has been milder than previous pandemic seasons

Last year, infectious disease specialists warned that this year’s flu season might be severe since the public lost a year of protection as a result of the unusually mild flu seasons in 2020 and 2021. While there was more flu this season than in the 2020-2021 flu season, the flu burden — transmission, hospitalizations, and fatalities — was much lower than in pre-pandemic flu seasons.

This season, flu infections spiked between November and January, then dropped precipitously. That still perplexes us all. We were expecting a somewhat bad flu season, but it abruptly came to a halt. The hospitalization rate fluctuated from 52.5 to 96.1 per 100,000 during 2016-17 to 2019-20.

It is impossible to foresee

According to Brammer, the CDC predicts that between 2010 and 2020, before COVID, the flu caused 9 to 41 million illnesses, 140,000 to 710,000 hospitalizations, and 12,000 to 52,000 deaths every season. Schaffner anticipates that flu activity will wane in April, as it usually does. However, it is impossible to foresee how a flu season would unfold.So far, we’ve had two rather mild flu seasons. It remains to be seen what this means for the future flu season in 2022-2023.

Despite flu specialists’ predictions that influenza might likely make a dramatic comeback following record-low flu activity in 2020 and 2021, this flu season has been modest. Nonetheless, incidences have been growing in various sections of the country, including the northeast, northwest, and some south-central regions. Nonetheless, scientists predict that this late-season flu activity would fade by late April.