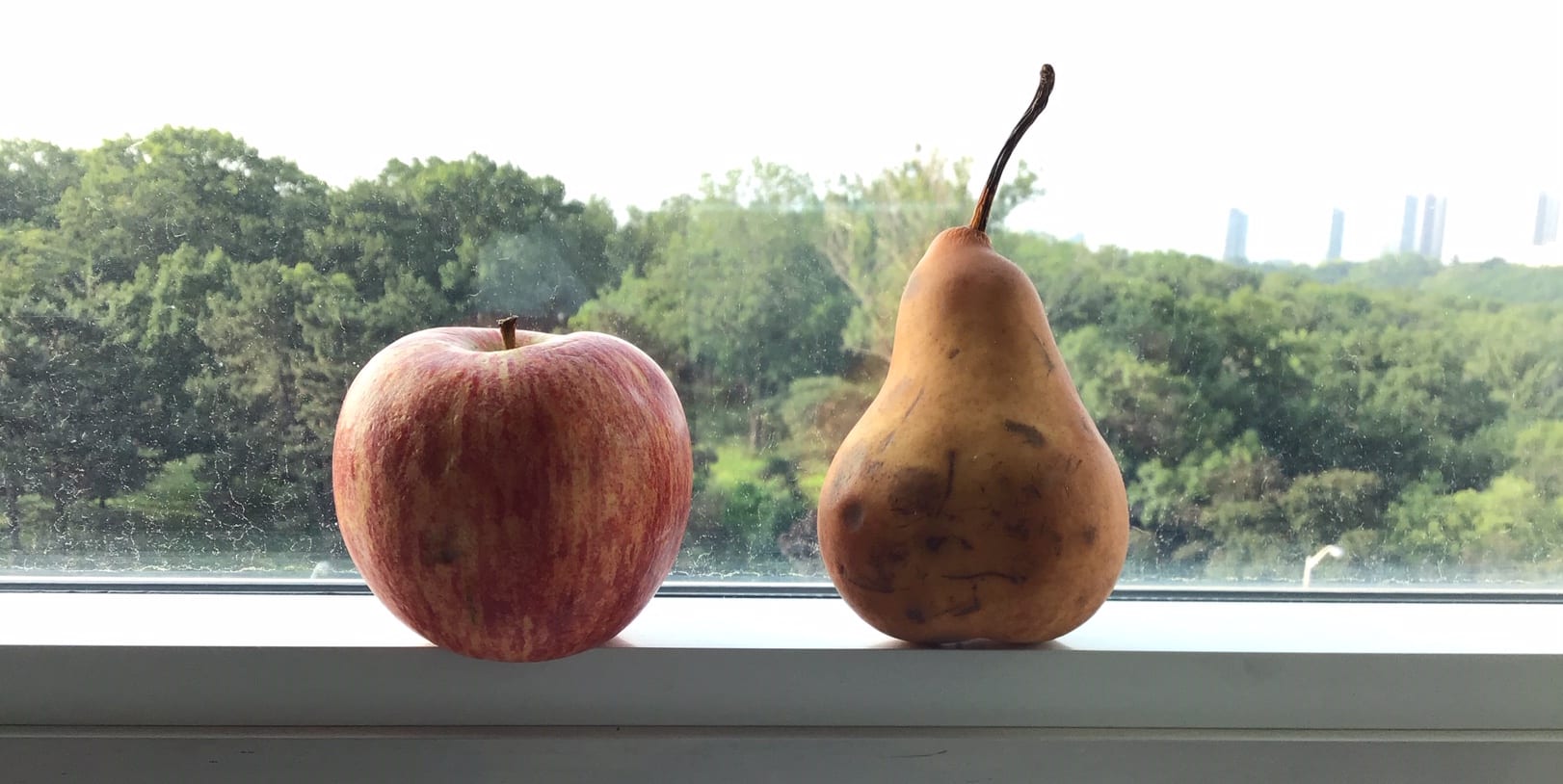 Everything you need know about Apple shape and Pear shape obesity

The main difference between apple and pear body shapes is where and how much fat is distributed the most.  Fat is distributed under the skin throughout the body, and sometimes we can see which part of the body has more fat. Generally, most of the body fat is found in the abdomen and thighs, so both can determine the shape of the body. Here is everything you need know about Apple shape and Pear shape obesity.

Does my body look like an apple or a pear?

The main difference between apple and pear body shapes is where the fat is distributed the most and how much fat is stored there. To measure this, we need to use the ratio of waist circumference to hip. Just measure your waist circumference (between your ribs and belly button) and your hip circumference and compare the two. This ratio determines the shape of your body.

Why do women tend to have pear-shaped bodies?

The body has its own ways of distributing its own fats, with hormones being one of the most influential factors. The simplest example of hormonal differences is between men and women. One thing you need know about Apple shape and Pear shape obesity is that hormonal differences between the two sexes result in women having a pear-shaped body while men have an apple-shaped body. 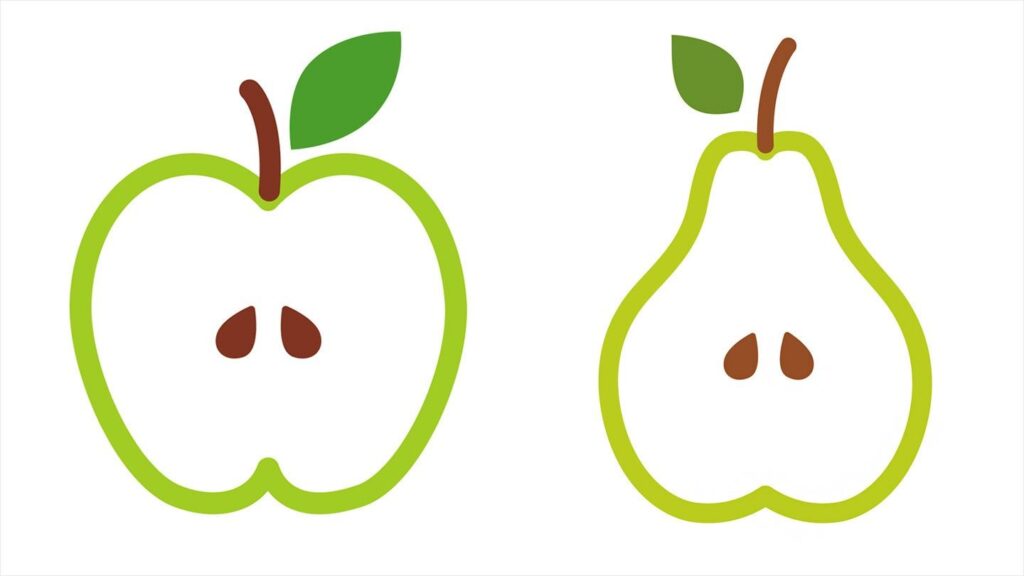 Higher levels of testosterone in men mean that they store less fat on the surface of the body. Other than that, men don’t have estrogen so their hips aren’t that wide. As a result, in men, fat is mainly stored around the abdomen, which enlarges the waist.  Estrogen makes women have wider hips, which is helpful during pregnancy and childbirth.

This hormone is also responsible for storing fat around the hips. However, a woman’s pear-shaped body can change over time. During menopause, a woman’s body becomes deficient in estrogen, which makes it easier for fat to be stored at the waist, resulting in an accumulation of fat in the upper body, often resulting in a body shaped like an apple.

Health Effects Based on Body Shape

The pear-shaped body has a healthier waist-to-hip ratio due to its smaller waist and fat accumulation. In general, a normal waist-to-hip ratio of falls below 0.95 for men and 0.86 for women. The lower the ratio, the better for our health. Central obesity for an apple-shaped body is considered a more accurate predictor of metabolic syndrome and cardiovascular disease compared to the body mass index for obesity.

This is due to the accumulation of fat around the waist, which creates an increased health risk of heart disease, diabetes and cancer. Apart from that, the accumulation of abdominal fat can also be caused by an unhealthy lifestyle, including alcohol consumption and lack of physical activity.

Is a pear-shaped body preferable?

Both apple-shaped and pear-shaped bodies generally show excess fat. The shape of a pear is especially better for women, as it shows that the body stores fat to meet nutritional needs before and during pregnancy. However, as the body changes after childbirth and during menopause, it is good to control excess fat around the hips early on, as excess fat around the hips leads to an accumulation of abdominal fat in women.