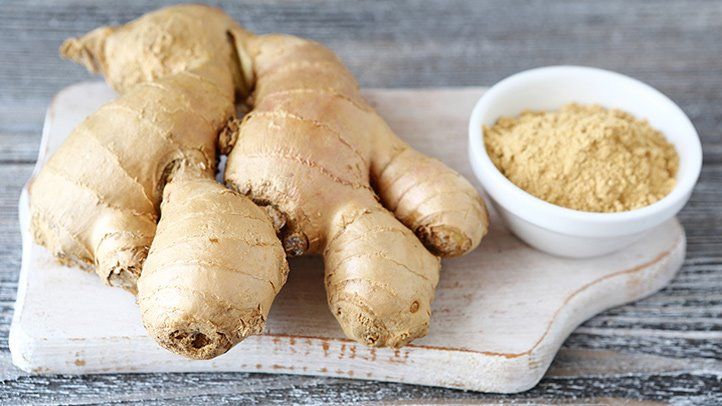 Why Ginger is the healthier spice on the earth?

The properties of ginger have long been considered. These well-known health benefits include the properties of this food in strengthening bone health, strengthening the immune system, increasing appetite, preventing cancer, improving the respiratory system, helping the digestive process, relieving the symptoms of arthritis, reducing excess gases Intestines increase sexual desire and relieve pain from menstruation, nausea and flu. In this article, we are going to address the issue of why Ginger is the healthier spice on the earth ?. And recount the countless properties of ginger.

Ginger, also known as Zingiber officinale, is popularly known as “ginger root”, although the edible part used in markets and in foods is the spice from the stem or rhizome. In most parts of the world, it is mostly used in sweets and beverages. However, in Asian cultures, ginger is used directly by chopping it or using its powder in traditional foods and beverages.

Ginger is recently on the FDA’s list of healthy foods and is often used to flavor bitter medicines such as cough syrup.

Ginger is a genus of genus of herbaceous ginger and perennial with about 70 species native to Southeast Asia, with slender, straw-like stems and glossy green lanceolate leaves that grow from the ground of tuberous stems. Their flowers are yellowish green with purple edges and cream-colored spots and small, conical and dense spike inflorescences.

Why Ginger is the healthier spice on the earth?

Why Ginger is the healthier spice on earth goes back to the countless properties of this popular spice. In the following, we are going to review some of the properties of ginger.

Ginger is very popular for strengthening bone health and relieving joint pain. In recent years, in a study conducted by the University of Miami, several patients in different backgrounds and ages suffering from osteoarthritis symptoms were examined and tested. Finally, patients were banned from taking anti-inflammatory and analgesic drugs for certain purposes. After one week, they were divided into two groups: one placebo (placebo) and the other group used ginger supplements. Six weeks after taking high doses of these supplements, a study was performed between the two groups. Both groups felt better, but the symptoms of recovery were significant in the group that consumed ginger. 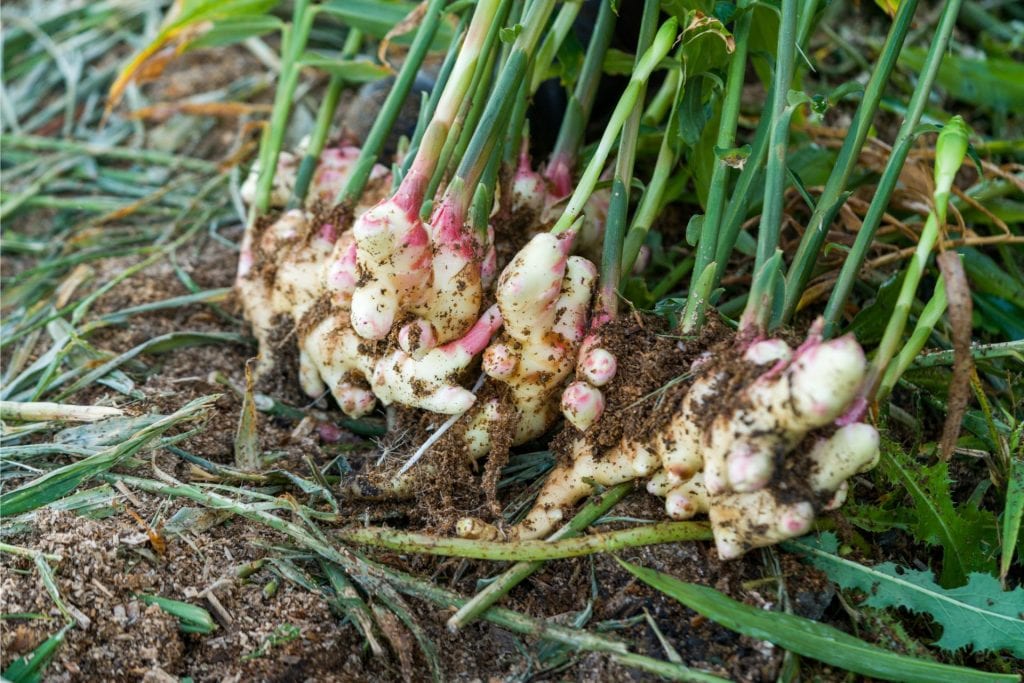 Ginger has long been used to treat diarrhea and has recently been shown by researchers to actually help treat diarrhea because it helps prevent stomach spasms and bloating, which helps with diarrhea and stimulates diarrhea. In China, the powder has been given to people with diarrhea for thousands of years. Researchers have concluded that the use of ancient methods to treat such problems could be beneficial.

If you click on this link, you will redirect to:
BeautyMag.ca
Check out the beauty tips on the BeautyMag.ca : Nutrients for healthy skin, inner and outer part of the skin (part3)

Ginger is a very strong substance, which means that it can remove excess gas from the intestines. Excess gas and excessive bloating can put a person in an uncomfortable position and even pose risks to a person’s health. Excess gas in the body system can put pressure on sensitive pelvic organs. A strong windbreak, such as ginger, removes gases and prevents excess gas from regenerating.

4. Assist in the digestive process

The properties of ginger have been shown to facilitate the digestive process. High postprandial sugar levels can limit the activity of the stomach and reduce its emptying rate and normal function. Ginger helps regulate high levels of sugar, which disrupt digestion and neutralize the stomach, thus maintaining the natural rhythm of the digestive tract. In addition, it has several compounds that improve the absorption of nutrients and minerals from the foods we consume. Therefore, ginger is mainly used as an appetizer or appetizer. This is why ginger is mentioned in Asian countries as an appetite suppressant or raw food item. 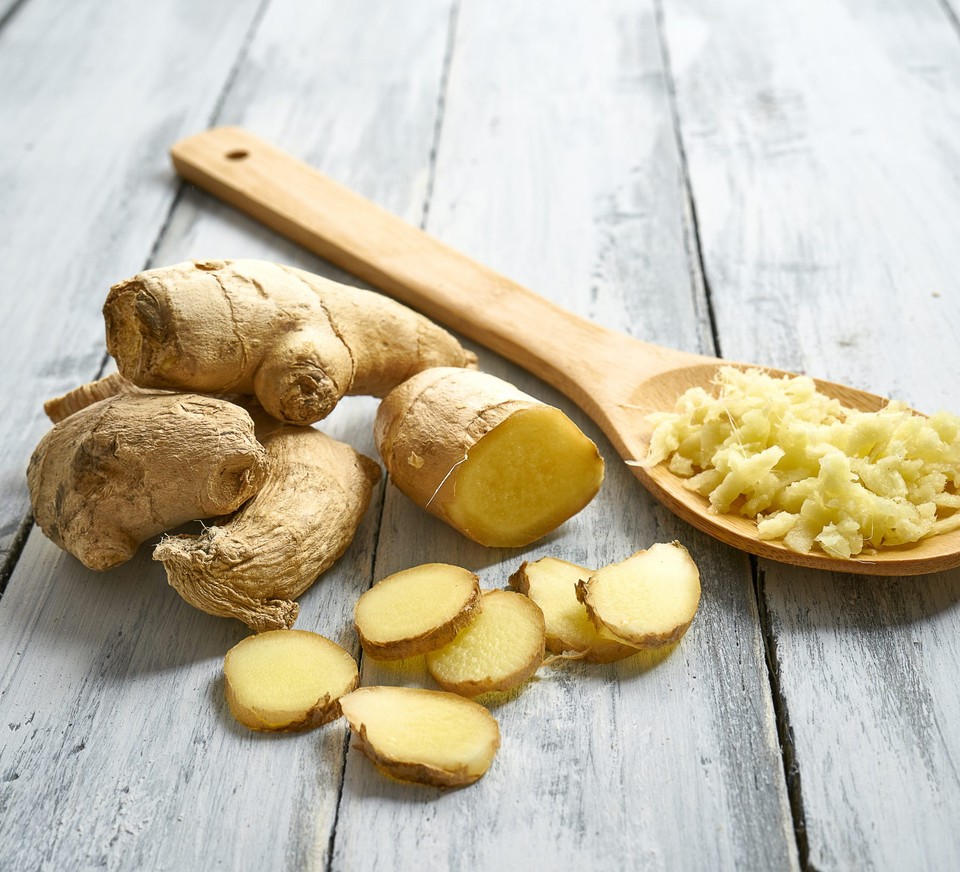 One of the most important issues in the discussion of ginger and its impact on human health is the positive correlation between organic compounds in ginger and cancer prevention. Ginger has similar compounds to ginger and has many anti-inflammatory properties that prevent the activity of cancer cells in the colon (which may lead to colorectal cancer). Because ginger strengthens the health of the digestive system and makes this food suitable for any meal supplement.

Check out the Canadian Healthcare News on the healthmagazine.ca : Green Tea and Health

Ginger is useful in increasing sweating. Sweating not only opens the pores of the skin so that your body absorbs toxins better. Research has also shown that sweating contains an antimicrobial compound called dermisidein. This compound has a positive effect on reducing bacterial and viral infections in a person who sweats regularly, because it creates a surface on the skin that is a protective layer of unknown proteins.

Prostaglandins are hormones that act as chemical messengers, and are the main cause of symptoms such as cramps, pain and fever. In fact, researchers believe that high levels of prostaglandins increase menstrual cramps.